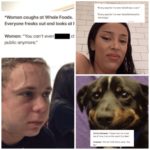 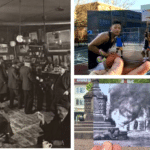 Even though it is physically impossible, people have always desired to travel in time. Whether it is to discover what your city looked like in the past, mend a mistake, or shift the course of history, chances are you've been tempted by time travel at least once in your life. Countless movies have taken this topic to the big screen, such as the famous Back to the … END_OF_DOCUMENT_TOKEN_TO_BE_REPLACED 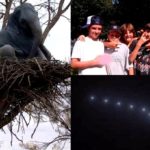 The advance in scientific knowledge meant that it was now possible to explain certain phenomena that were considered enigmatic or were attributed to supernatural causes. For instance, diseases were regarded as divine punishments thousands of years ago, but now doctors are able to understand them and associate them with a specific virus or bacteria. Satellites and rockets have … END_OF_DOCUMENT_TOKEN_TO_BE_REPLACED 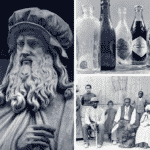 The way history is taught in most parts of the world does not paint a full enough picture of the past. For example, the early Middle Ages are often referred to as the "Dark Ages" because the period was marked by economic, intellectual, and cultural decline. However, this was only the case in Europe. On the opposite side of the planet, Asian and Middle Eastern civilizations were … END_OF_DOCUMENT_TOKEN_TO_BE_REPLACED 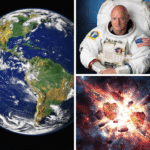 Outer space is one of the world's greatest mysteries. It is so vast and unreachable that we have barely scratched the surface of all there is to learn about it. Throughout the past few years, we have gone further than ever before and managed to catch a glimpse of faraway galaxies and dark holes, thanks to newer telescopes that can reach areas of space that were not accessible … END_OF_DOCUMENT_TOKEN_TO_BE_REPLACED

We’re a lifestyle blog dedicated to everything tech (not only for tech nerds). From space technology to mobile and gadgets, we’re here to talk about our ever-chancing tech world. Examining new (and old) products on the market, sharing our thoughts about the latest tech trends, and exploring the fascinating world of space technology are some of the things you’ll find on our website.